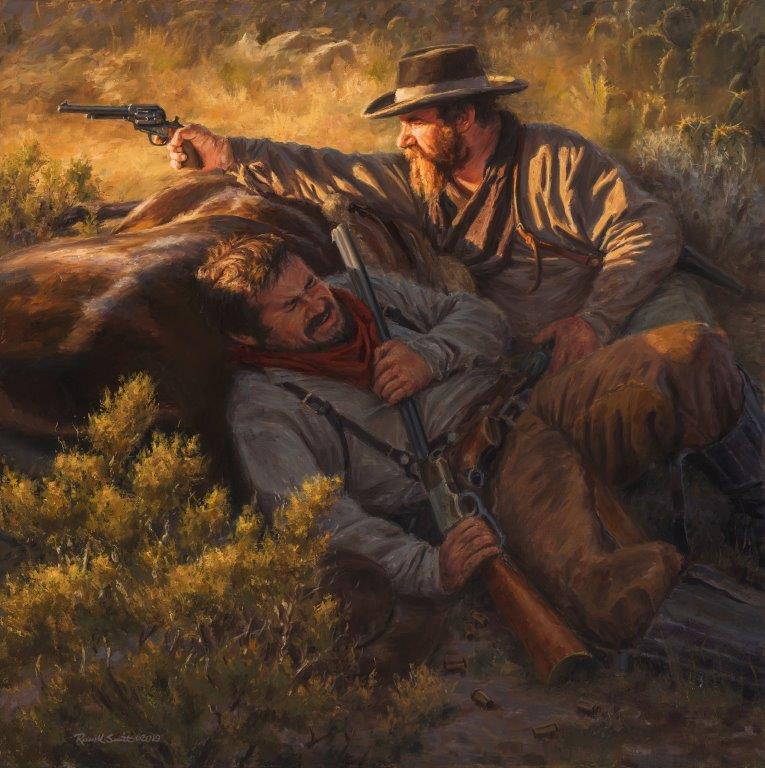 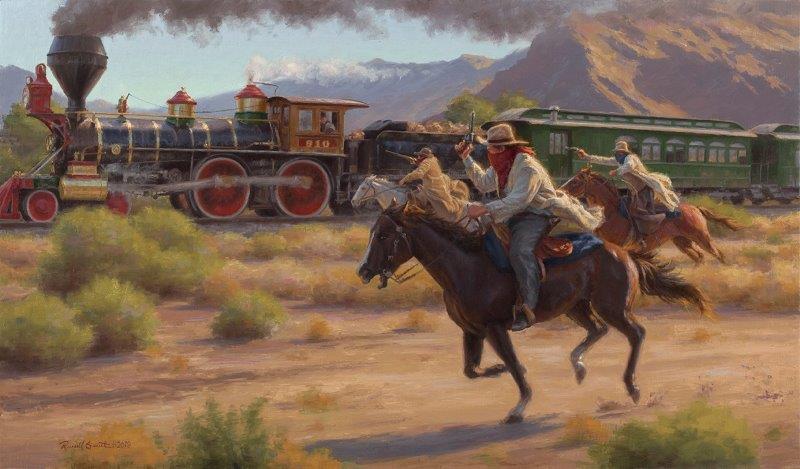 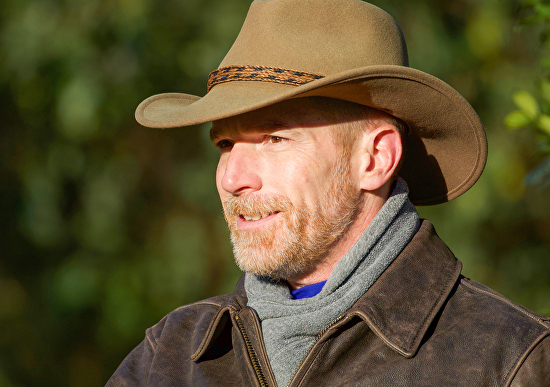 Russell’s love of art was evident at a young age. As a child he could usually be found sketching pictures of Snoopy, Garfield, or some type of airplane rather than doing his schoolwork Those around him noticed his creativity and aptitude for drawing, and what began as a natural impulse eventually led to a degree in art from Augusta State University. While he was there, Russell was introduced to the work of historical artist Robert Taylor, and he knew that he had found his dream job.

Following college, Russell spent 10 years in the printing industry as a graphic artist while working late into the evenings on his artwork. It was during this period of his life that Russell also began to travel more, and in doing so, a new love was born as he was was exposed to the grandeur and beauty of the American West. Russell decided to make the transition from part-time artist to full-time artist in 2001. He now works out of his home studio in North Carolina where he lives with his wife Susan and their two children.

An Artist Fellow and current president of the American Society of Aviation Artists, Russell’s work can be found in many collections, both public and private, around the world, including several paintings on display in the Omaka Aviation Heritage Center in New Zealand. He has been recognized by a variety of publications including Fine Art Connoisseur, Aviation History, Flight Journal, Windsock Datafiles, Over the Front, and several overseas publications. Russell has been the recipient of numerous awards and honors including, most notably, the “James V Roy” Best of Show Award in the 2007, 2010 and 2013 American Society of Aviation Artists annual juried exhibitions. In addition, his work has won awards in many other national and international exhibitions such as the Simuflite/Flying Magazine Horizons of Flight Art Exhibition and the EAA Sport Aviation Art competition. Russell has also been commissioned to design and paint book covers for several history books.