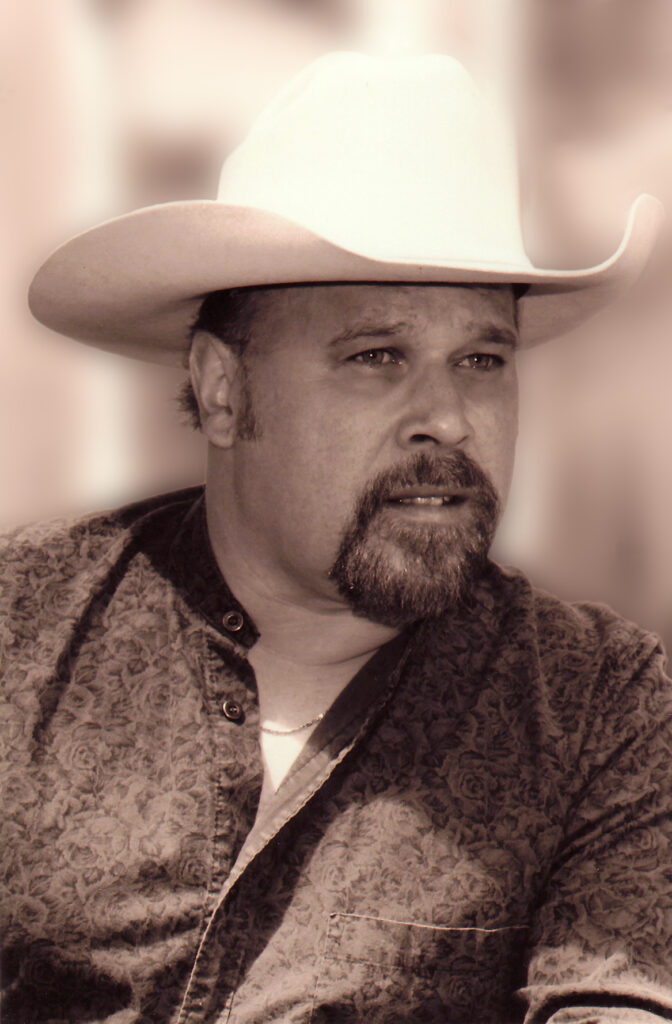 Christmas 1972- Steven received The Frederic Remington Book by Harold McCracken from his parents. His love for the Old West began.

Of Pawnee and Cherokee descent, the Native American has always been Steven’s favorite subject matter. However, to fully depict the legacy of America’s western heritage, he finds it necessary to also focus his creative energies on cowboys, cattle & ranch life; early mountain men & explorers; U.S. Cavalry & pioneers; wildlife & landscapes – all done with a historical emphasis. Steven’s participation in living history reenactments provides him with a firsthand visual reservoir of ideas, authenticity and cultural truths. “I firmly believe that having an experiential knowledge of Plains Indian culture, western frontier life and America’s beautiful landscapes has enabled me to create oil on canvas images that reflect the legacy of the American West.”

A Southwest Art magazine article in April 2000, featured Steven as “The Story Teller”, filling his canvases with spell binding tales of the Old West and captivating his audience with story lines that give accurate descriptions of the historical facts in his paintings. These narratives have become a hallmark of his work and a much appreciated insight for his collectors. The March/April 2002 issue of Art of the West magazine entitled a feature article on Steven as “Visual Memories”, detailed his hands-on experience in period reenactments. The article provided a rare glimpse into Steven’s past efforts at making authentic Plains Indian costume reproductions, many of which are incorporated in his paintings. In November of 2002, Steven was acknowledged as an Oil Painters of America Master signature member. He stated “ to be recognized as a master is the culmination of a lot of hard work, personal sacrifice and dedication”.  Art Chowder magazine in July/August 2016 featured Steven for an exclusive interview detailing his thoughts regarding the Western Art Market and how he renders his subject matter. More recently the 2020 July/August issue of Art of the West again featured Steven with an article entitled “Portraits of the Past” with further insight into how he has worked to overcome a 2004 stroke and how the tragic loss of his mother in 2018 has sharpened his efforts to become a better artist.

In 2003 he was commissioned to produce a painting for the National Park Service at the Washita National Historic Site in Cheyenne, Oklahoma. The 1868 Battle of the Washita depicts the dawn attack on Black Kettle’s Southern Cheyenne encampment by Lt. Colonel George Custer’s 7th. Cavalry. The painting has been lauded as a “superior work of art” by Department of the Interior officials. He followed that up by completing another commission for the NPS in 2017 to render 2 paintings for the Fort Union National Monument in New Mexico.

Over the years, Steven has enhanced his painting skills by taking art instruction from several Cowboy Artists of America members including R.S. Riddick, Jim Norton, Martin Grelle and Bruce Green. Steven has become a highly recognized, awarded and accomplished artist of the Old West. He has established himself with realistic oil originals and his paintings are sought out by private and corporate patrons of fine art throughout America. Steven lives in California on the Monterey Peninsula with LeAnn, his lovely bride of almost 20 years and their son Joshua.  He dedicates his career to the memories of his parents…